M’Baku and the Jabari are the isolated Wakandan mountain tribe that shuns the use of Vibranium. Their costumes are loosely based on the dress of the Dogon tribe of Mali & West Africa. 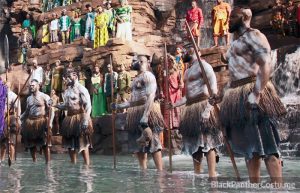 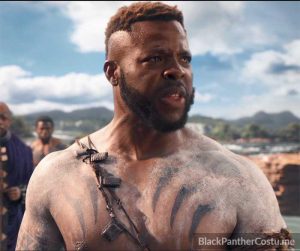 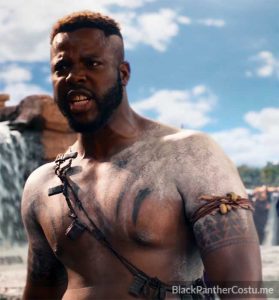 “M’Baku is inspired by the Dogon tribe of Africa. Ryan Coogler really wanted M’Baku to wear a grass skirt, so I searched around for inspiration. I saw a grass piece at The Metropolitan Museum of Art [in New York] and the way it was toned and painted felt strong and manly, which I liked. The Dogon wore grass skirts during their ceremonies, but they were bright pink and bright green. Instead, I had to come up with a grass skirt that I felt would look like a traditional grass skirt worn in Africa, but also have the coloring that could be believable for warriors and for men. I decided to put a leather sheath underneath the black skirt because they are mountain-dwellers. They live in a cold climate; in the mountains where there is lots of snow.” – themarysue

To create this look for M’Baku and the rest of his fictional Jobari tribe, Carter drew from the hillside-dwelling Dogon people of Africa. “They were the first astronomers, and they were very much out on the outskirts of the rest of the country, like the Jobari,” said Carter, who adorned some of M’Baku’s fellow Jobari with Dogon-like grass skirts and added shells to M’Baku’s outfit to signify his wealth, “since shells were a form of currency for many years in Africa.” – Vulture 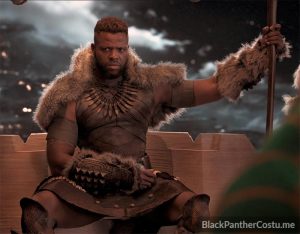 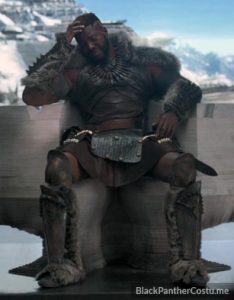 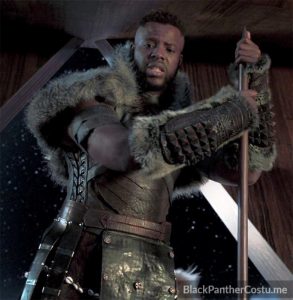 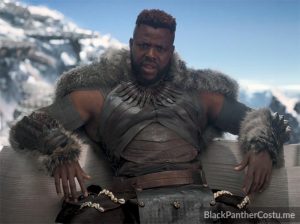 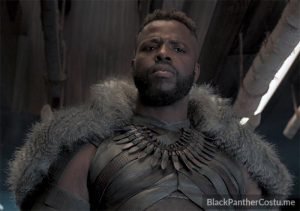 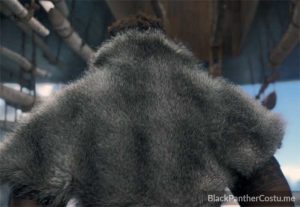 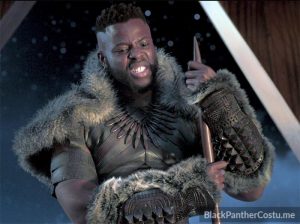 Carter had a trickier time incorporating M’Baku’s comic-book origins, since he’s based on the character Man-Ape, a dated representation that would not fly in 2018. “It was pretty derogatory and racist, and we didn’t want to go there, but we wanted to honor that he was Man-Ape,” Carter said. “So instead of making his face look like an ape like the comics did, the fur that he has on his shoulders that prominently covers his back is silvery in tone, and represents the silverback ape.”

Duke is six-foot-five and broad, so once he got in the fitting room, Carter kept adding little touches to fill out his big canvas. “Since M’Baku is a person that lives in this cold, smelly place, we kept adding more fur, and I wrapped his arms in it so that it looked like he was keeping warm,” Carter said. There was just one problem: “We couldn’t figure found a way to connect some of the fur so that it would stay up there, because it’s really just sitting on his shoulders, like, by magic. So, we put magnets on him — like, heavy-duty refrigerator magnets — so that piece really stays up there. It’s not moving, but it’s held by magnets.” Take note, cosplayers!” – Vulture

M’Baku wears a wooden breastplate and grass skirt for the final battle scene in Black Panther. 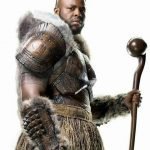 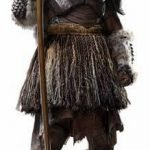 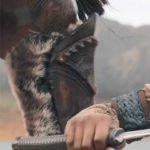 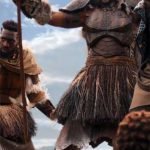 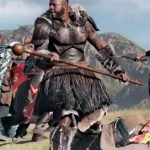 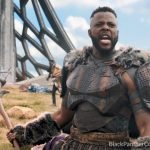 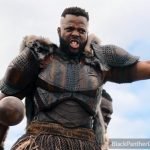 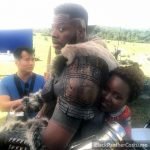 “The original M’Baku character was called Man-Ape and his costume design was inspired by the silverback gorilla. There are still some elements of that in the design we see on screen. We used faux fur, but I found quite a few different pieces to apply to his shoulders. We attached the faux fur with refrigerator magnets so that it wouldn’t shift around or move from his shoulders. In that sense, we thought it would feel like it was the fur of the silverback ape.

“M’Baku is the head of the Jabari tribe, who are woodsmen. They believe in wood as opposed to vibranium, so it was important that his armor looked like it was made from heavy wood. We also added carvings to it from the Dogon tribe. We then had the actor [Winston Duke] stand in the fitting room and we designed all of the strips and straps that he uses to hold this heavy armor. When you combine the Dogon look with the heavy wood, this really sealed the deal to show how this tribe was very different from Black Panther.”
-themarysue 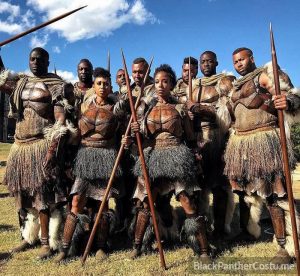 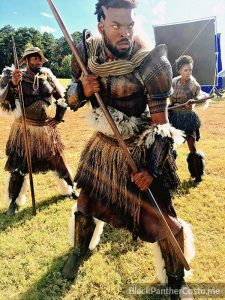 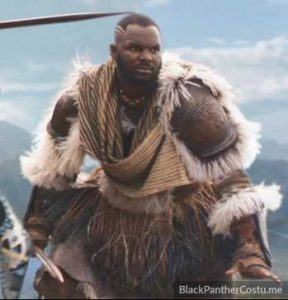 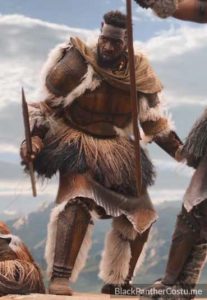 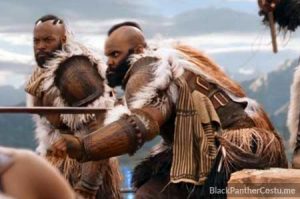